Potential sardine activity has been noted along the waters of the Wild Coast as ‘The Greatest Shoal on Earth’ begins its migration northwards towards the KZN South Coast. The Sardine Run is an annual phenomenon that brings millions of these silver fish incredibly close to shore, with visitors to the Paradise of the Zulu Kingdom afforded front-row seats to this world-class action.

“The past two years have brought some spectacular Sardine Run action to the KZN South Coast and we’re anticipating another bumper year,” said CEO of Ugu South Coast Tourism (USCT), Phelisa Mangcu. “Lockdown restrictions meant that many weren’t able to experience the action which is why we’re really encouraging tourists to make the most of this opportunity. Our tourism operators are able to facilitate Sardine Run viewings from land, sea or skies, with ample fishing and diving opportunities also on offer.”

The Sardine Run, believed to be the planet’s biggest biomass migration, is accompanied by flocks of seabirds – cormorants, gulls and terns – diving into the waters; while dolphins, game fish and even whales feast on the salty fish. Sharks – copper, dusky, blacktip and spinner – also join in the feast, making this one of the best marine viewing opportunities. Seine netters can also be seen entering the waters to get their share, with sardines added to a number of delicious local delicacies.

In a statement issued by the Sharks Board, the acting head, Greg Thompson, said they’d taken a flight out on Wednesday (8 June) morning to monitor the activity. He said that, while large weekend swells had impacted the water visibility, they did witness some ocean activity.

“…there were good numbers of common dolphin, with terns feeding on the clean water line offshore, between Grosvenor and Mbotyi in the Eastern Cape. The gannet and dolphin activity then increased again in the Coffee Bay to Wavecrest area and once again off the Kei River mouth.”

The next monitoring flight is scheduled for next week Tuesday (14 June) in the hopes of spotting signs of Sardine Run activity. Dr Ryan Daly of the Oceanographic Research Institute in Durban, and the South African Institute for Aquatic Biodiversity, noted previously that temperature is the main factor determining the movement up the coast.

“It has been an unusual couple of years in that they’ve been very wet. But 2020 and 2021 were relatively good Sardine Runs, both of which were similarly wet being La Niña years. It’s holding the same pattern, so I think we’re going to get another good one.”

Visitors can view the Sardine Run from the shoreline, or go out on a charter boat where they can experience the action scuba diving or free diving. There are also great views offered through microlight and helicopter flips, with the whale decks another scenic location. These include Umtentweni Conservancy Whale Deck, Ramsgate Whale Deck, Impithi Beach Kiosk, and Umdoni Golf Club Whale Deck.

Beyond the Sardine Run, there is so much more to experience on the KZN South Coast. There are seaside adventures to be had at the Blue Flag Beaches and many tidal pools, with Rickshaw Rides along the Margate beachfront. The ‘Golf Coast’ also boasts 11 quality courses, with mountain biking, trail running and bird watching some of the favourite nature-based excursions.

For an authentic rural excursion, there’s the newly launched Umzumbe River Trail, as well as KwaXolo Caves Adventures, the KwaNzimakwe Multi-Trails, the Nyandezulu Experience and Ntelezi Msani Heritage Centre. Another new addition to the tourism offerings is the KZN South Coast Agri-CULTURE Tours through the farmlands.

Those looking for something truly unique can visit the Mzamba fossils in the Petrified Forest; take a visit to the Oribi Vulture Viewing Hide; or get extreme with Wild5Adventures that includes gorge swinging, ziplining, white-water rafting, abseiling, paintball and more!

To give visitors a comprehensive KZN South Coast Sardine Run experience, USCT has put together the incredible 3-day Sardine Run Tour Package. Included in this unmissable holiday is scuba diving at Aliwal Shoal; a visit to Ubumbano Homestead; fishing, surfing and ocean safaris; a flip in the skies through microlight, helicopter or light aircraft; beachside horse riding; KwaXolo Caves Adventures; sundowners and great meals at local eateries. To find out more or book, visit www.visitkznsouthcoast.co.za/tour-packages/.

To find out more about these and other KZN South Coast family outings:

All images are complimentary for media use, provided the correct image credit is included and the images are published in conjunction with the content supplied.

**Please note images below are from previous Sardine Runs. 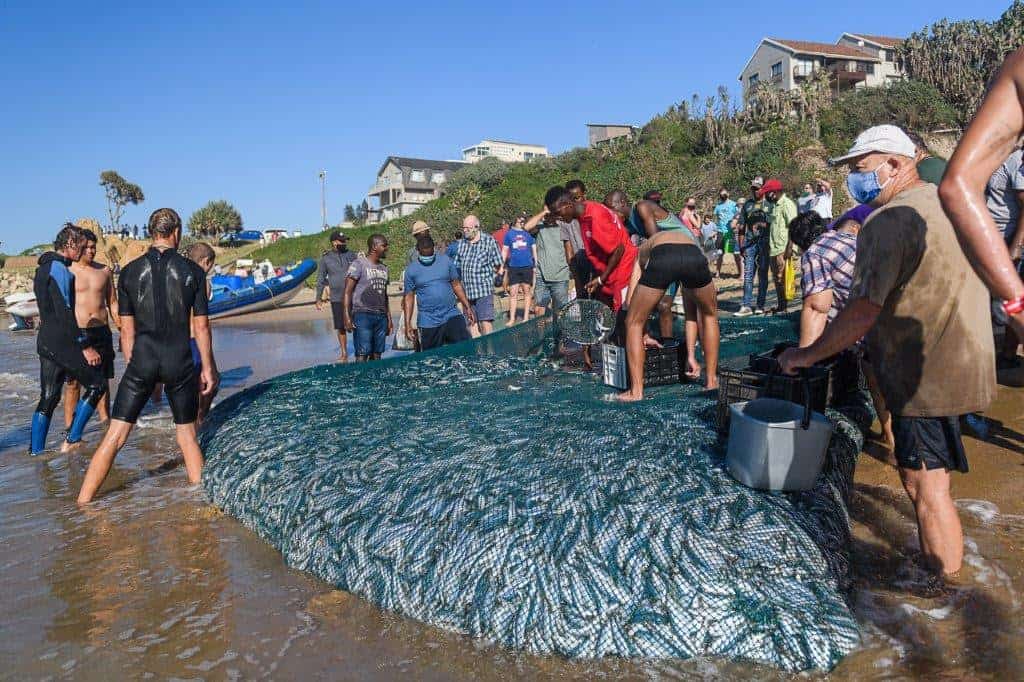 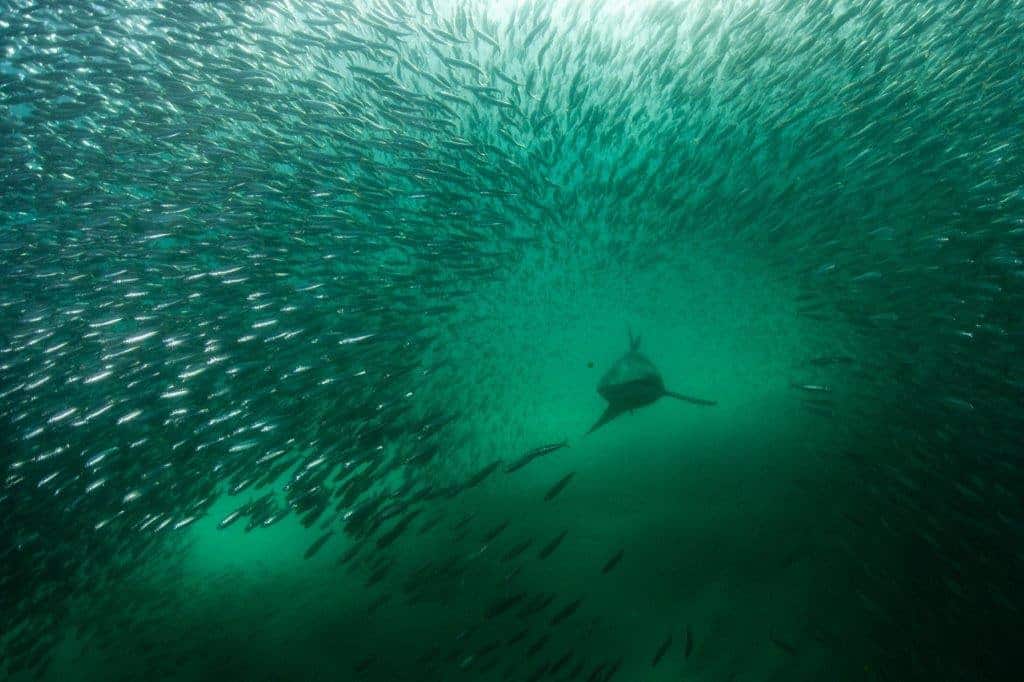 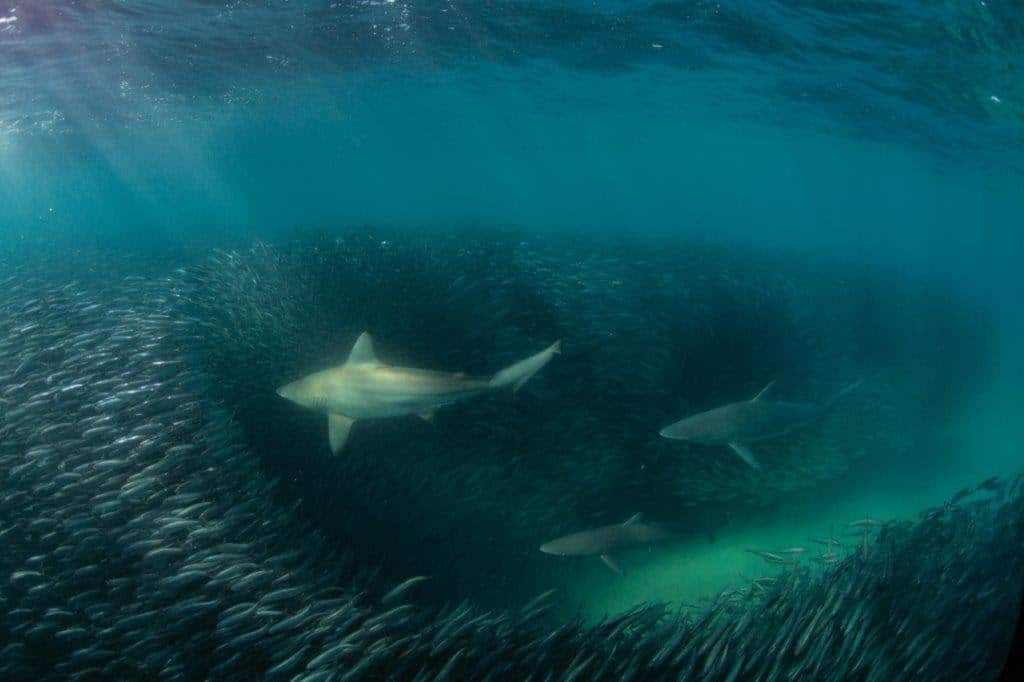