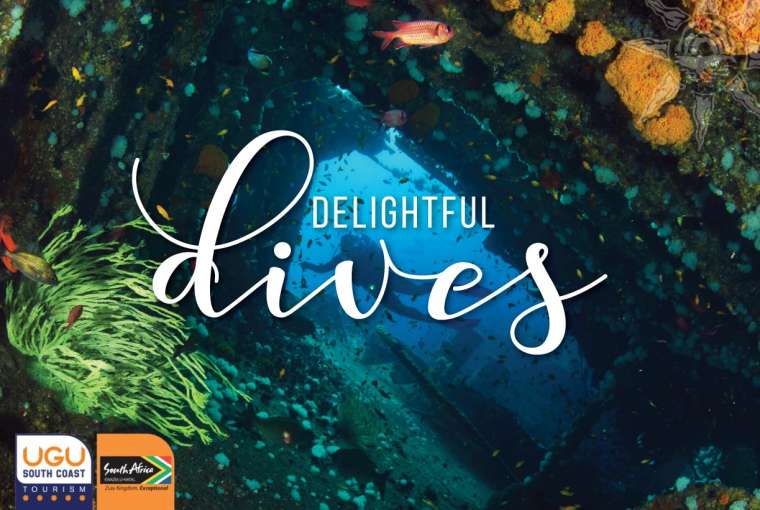 Diving on the South Coast is back!

Aliwal shoal, named after the near sinking ship captained by James Anderson, is a world renowned dive site that boasts some of the most diverse marine life in the southern hemisphere.

Most famed for the thousands of “raggies” ,or nurse sharks, that migrate to Aliwal Shoal mid winter through to Spring to mate, Aliwal Shoal offers up a year-round sub-tropical dive experience like no other.

Other more permanent residents are the two shipwrecks that lay at the bottom of the Aliwal Shoal ocean. The MV Produce that sank in 1974 and the SS Nebo that sank in 1884 are open to advanced divers to explore.

Protea banks is a reef around 6km long that bears the title of the richest tuna grounds in the world. Separated into two parts, the northern and southern pinnacles, each plays host to its own unique dive experiences.

Known for its beautiful arrangement of natural structures, the Northern Pinnacle showcases schools of “Raggies” during their annual mating migrations, as well as massive schools of hammerhead sharks during the months of September through to December.

Protea banks is also famed as the best location to observe the annual Sardine Run, where large schools of sardines migrate from the cold Cape to the warmer waters of KwaZulu Natal. The Sardine run usually begins close to Port Elizabeth and continues up the coast.

Shark cage diving is sure to get the adrenaline pumping. Take a ride out and see Dolphins, Turtles, and even Whales on the way through to the dive sight where the main attractions are Black tips, Zambezi or “Bull sharks”, Nurse sharks and even Tiger sharks! And the best part of it all is that it requires no previous experience!

No matter what dive experience you are after, make the South Coast your go to for some Delightful Dives.