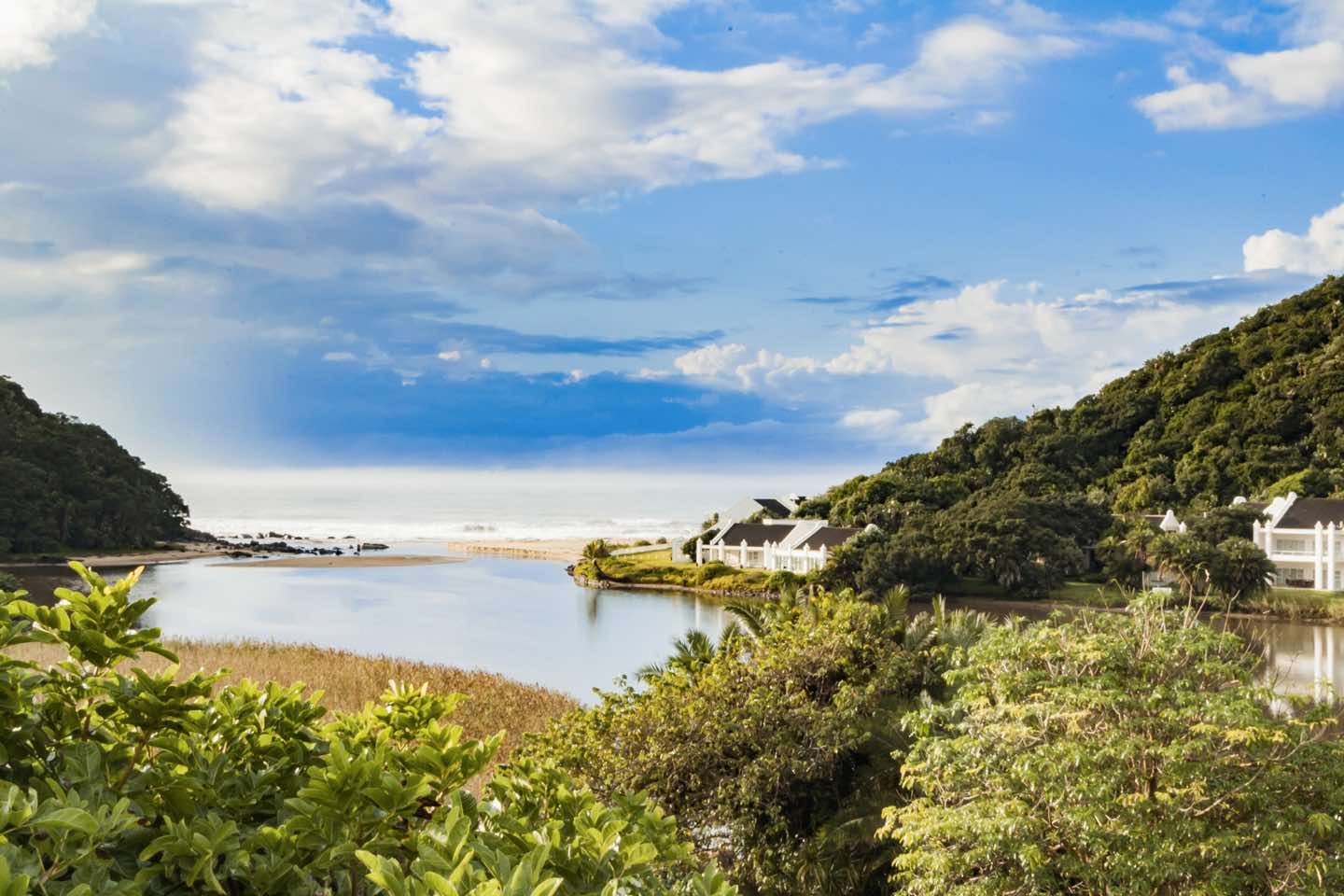 The southern-most town of the KZN South Coast and of KwaZulu-Natal province, Port Edward is situated on the great Umtamvuna river, with its Eastern Cape neighbour, the Wild Coast Sun, a stone’s throw away. On the Port Edward beach, see the Sao Joao Portuguese Monument, erected to commemorate the souls lost in 1552 when the Portuguese ship Sao Joao shipwrecked off the shore of modern day Port Edward. The Sao Joao is significant as the vessel that was responsible for the first encounter between Europeans and southern Africans in recorded history.  In addition to the beach, Port Edward’s natural appeal derives from the wild and lush landscape, the banana and coffee farms, the Umtamvuna Nature Reserve and the world’s smallest desert, the Red Desert. Mountain biking is popular at Clearwater Trails and on Beaver Creek Coffee estate. Two of the Golf Coast’s golf courses are available in the area, including the Port Edward Country Club and the Wild Coast Country Club. Shops and takeaways are available.