Something for everyone is almost always the goal, but often the hardest to achieve. Young, old and everyone in-between, all have different needs, tastes and expectations. Increasingly, consumers are becoming more selective where to spend their hard-earned Rands. Customers are demanding an all-round package with endless options. It’s a tough bouquet of demands to meet, but one that San Lameer and the estate on which it is built can confidently say that are well placed to satisfy.

The course has its place in history, as the first golfing estate developed in South Africa on a nature reserve, that was granted to one Colonel GH Langeler in 1938. He introduced various exotic and indigenous flora created a haven of considerably beauty. His trust stipulated that any new owner should continue with his nature conservation drive, and that devolved on to Sanlam, who bought the property in 1975.
The area was declared a private township and additional land was acquired, including two banana farms, to accommodate an 18-hole championship golf course and clubhouse.

The course was opened on 7 November 1992 and the estate has flourished ever since. Against the need to modernise the course, the ambience has remained the same. And that is even with 620 private villas sprinkled around the property, and a world-class hotel. 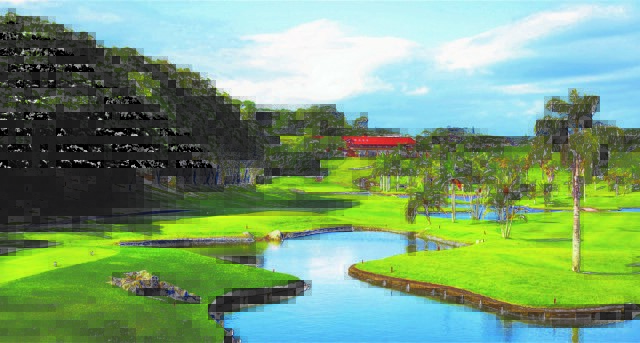 Who wouldn’t want to visit to enjoy the sub-tropical conditions and a cool breeze off the Indian Ocean? The sea plays a role, not only for its picturesque contribution, but for also providing two magnificent blue flag beaches less than a gap wedge away from the estate. Whale sightings from the 8th green are not uncommon, but should you be out of season, you will have to settle for some of the 195 bird species that make their home here.

For the birders, look out for the crowned eagle that is often ‘in play’, as you navigate the treacherous par five 13th hole. Other regular spectators include impala and duiker, red, grey and blue; as well as bushbuck. One way of getting a closer look at the estate is via the new mountain bike trail, which is suitable for the whole family and riders of all abilities. The main route is made up of seven trails with a total distance of 9.3km. Other activities include tennis, squash, fishing, bird-watching at a dam, climbing walls for children and a bowls green.

That’s all on top of the floodlit nine-hole pitch-and-putt course. While many South Africans naturally gravitate towards the braai, the clubhouse offers wood-fired pizzas and a sushi bar in season. The options are almost endless and perfectly complement its superb golf offering. 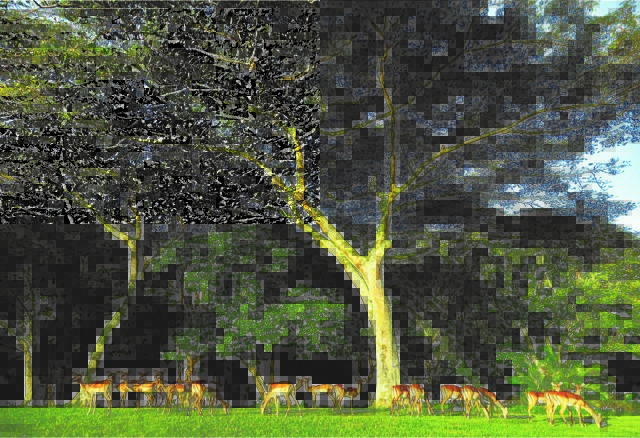 A few visitors at the San Lameer Country Club