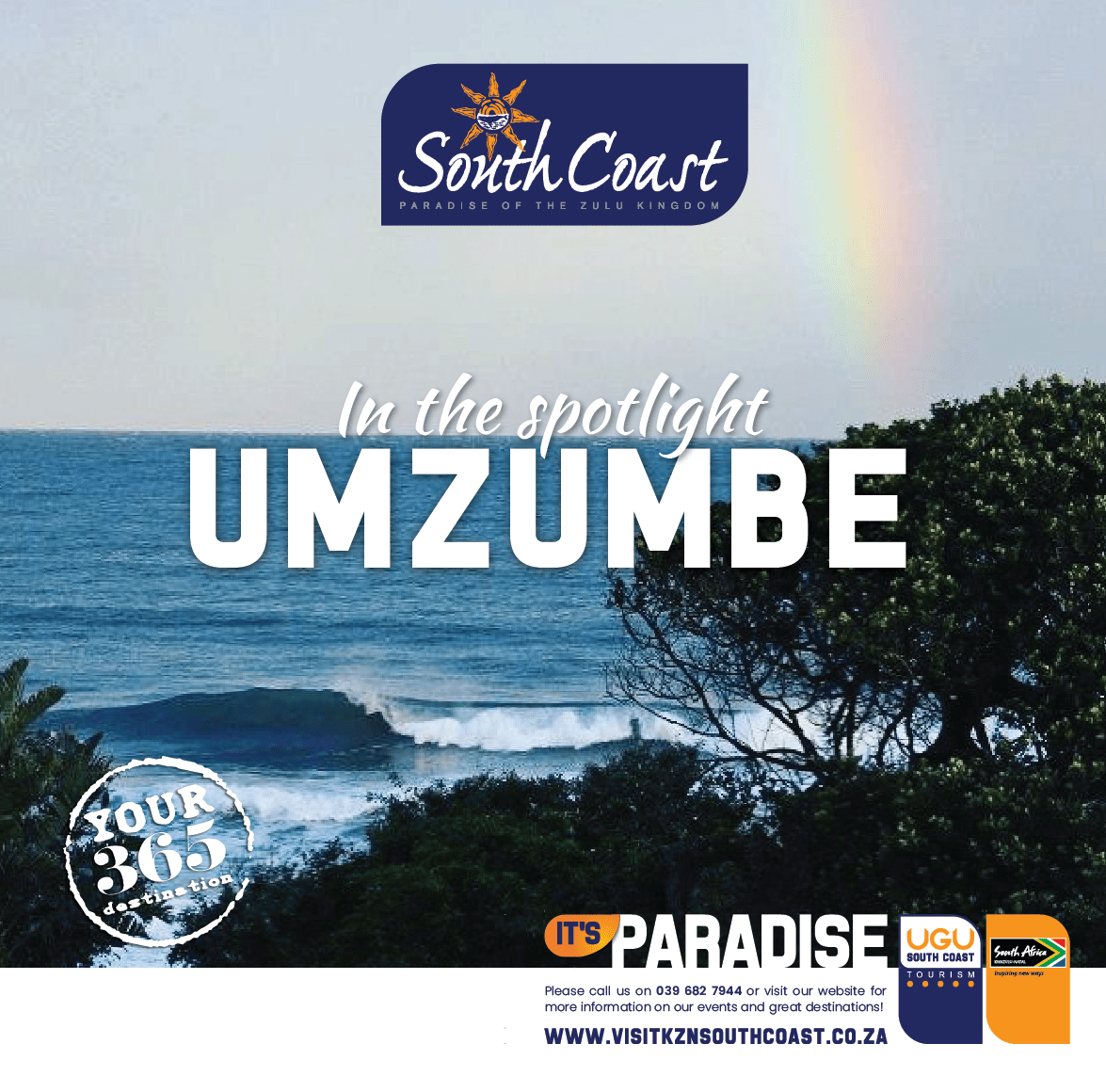 Just north of Port Shepstone, you will find the seaside hamlet of Umzumbe. Its name is derived from the Mzumbe River at which it is situated. It is believed that the river and area got its name from a band of cannibals that lived on the banks of the river.

It is one of the four local municipalities of the area, which thrives on its tourism, heritage and agricultural produce. Its proximity to the Indian Ocean makes it a prime destination for a seaside getaway, with popular activities like fishing, swimming, snorkelling, spearfishing and surfing. Umzumbe Beach, also known as Pumula beach, enjoys blue flag status, and is a beautiful spot.

Local tourism is grounded in the authentic culture of the Zulu Kingdom. The area is overflowing with history relating to the Zulu people, and the locals in the area are deeply connected to their heritage. In 1828, King Shaka Zulu led a raid in the area, and wiped out the cannibals and renegades on the banks of the river, securing it for the people of the Zulu Kingdom. He left behind a “Isivivane,” a tower of pebbles with great spiritual importance. Zulu warriors would throw a pebble onto the pile to pay respects to their ancestors. While his Isivivane has been long buried in the earth by centuries of travellers, visitors can again participate in this spiritual ritual, while leaving a part of themselves in the KZN South Coast forever. This experience is offered by the Ntelezi Msani Heritage Centre.

In 2007, the Ntelezi Msani Heritage Centre was established to preserve the local history, culture and creativity of the Zulu people. The centre offers the chance to learn about the origins of the Zulu Kingdom and its people. Demonstrations of traditional arts and crafts, such as beadwork and the weaving of reeds, as well as traditional stick fighting are not to be missed. Understand the secrets of the health and strength of the Zulu people through the Isintu Healthy Lifestyle seminar, all while supporting local enterprise and local people.

The area itself, while rural, is a breath-taking landscape of rolling green hills. The coastline is a stunning stretch of blue seas and sand beaches. Home to many bird species, it’s a wonderful area for birding, as well as an abundance of fish, making it an equally popular fishing and spearfishing destination. The weather remains mild throughout the year, with the summer seasons boasting plenty of sun and warmth.

If you’re looking for a scenic seaside getaway, with opportunities for an authentic cultural experience, then look no further! With a variety of accommodation options, you can explore this cultural hub in your own backyard. Umzumbe is a true diamond on the KZN South Coast.

In the spotlight – UmzumbeSouth Coast